When a restaurant has been around for nearly 40 years, you know there has to be a good reason. Jackie's Ham 'n Eggs is a restaurant built on legacy, tradition, and gigantic portion sizes of some of your favorite breakfast and lunch items. Their biscuits weigh in at over a pound and their pancakes are so big they fall off the edges of the plate they come served on. 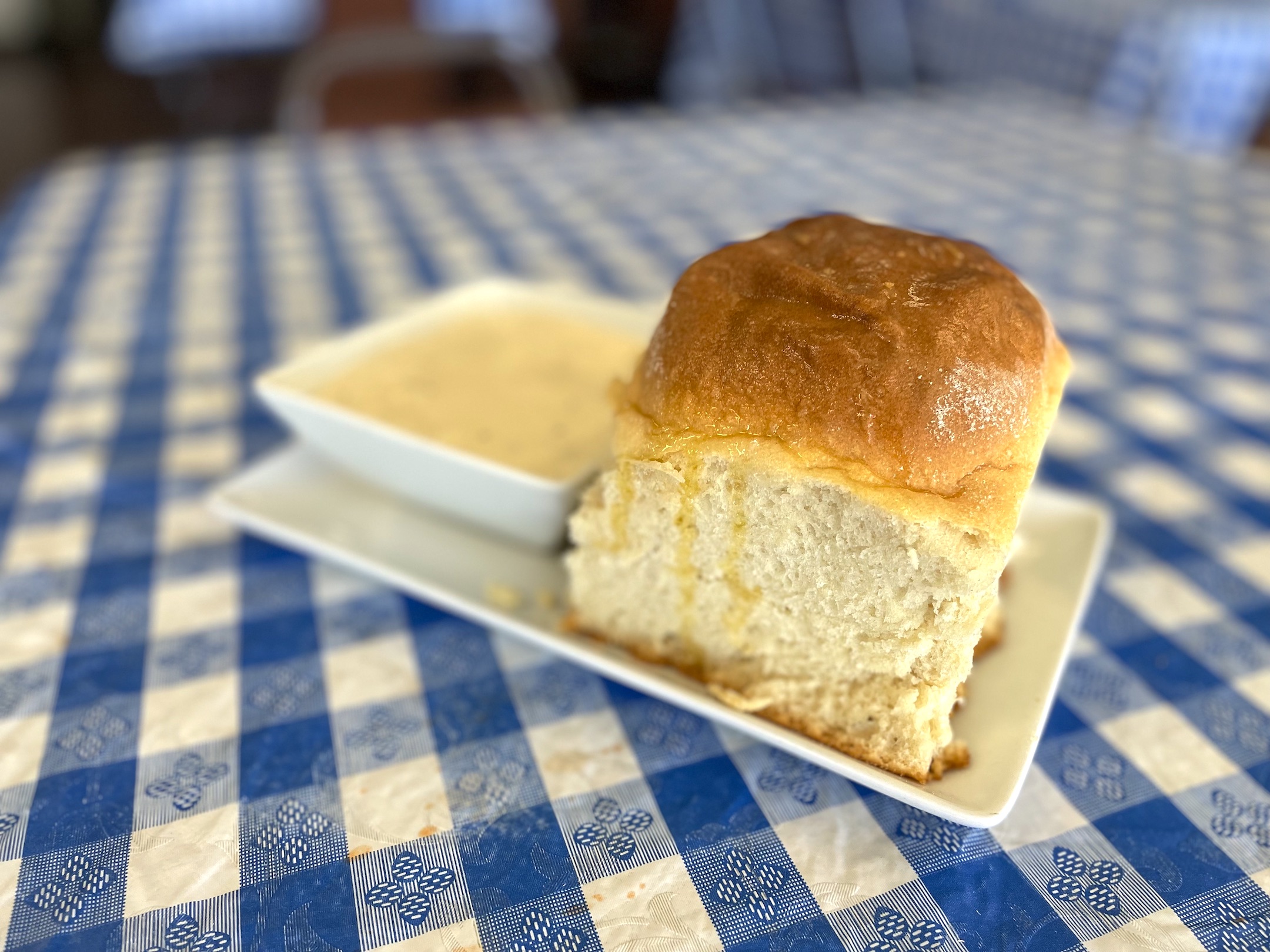 Why such large portions? Founder Jackie Shields grew up during World War II when food was scarce, and she vowed when she opened her restaurant that no one who stepped foot inside would ever go hungry. And trust us, if you leave here hungry, you've got issues.

Since opening in 1985, Jackie's Ham 'n Eggs has become something of a landmark here in Dallas-Fort Worth, attracting the attention of famous athletes, celebrities, and other major DFW restaurateurs. My own kids and I spent several brunches here and our blog producer, Kari, did as well. And if you have someone visiting from out of town, this is a great place to bring them so they can experience those Texas-sized portions.

So, in addition to those massive biscuits and pancakes, what else will you find on the Ham 'n Eggs menu?

You can always go with the namesake dish - the Ham 'n Eggs which comes served with a huge slab of ham, two eggs, your choice of either hash browns, grits or homestyle potatoes, and a side of toast or one of those biscuits.

One of Jackie's other signature dishes is the Jackie O omelette, which is a 4-egg omelette made with green chiles, black olives, and cheddar cheese topped with sour cream, avocado, and salsa. If you like a little bit of a Tex-Mex twist to your breakfast, this is a great option! 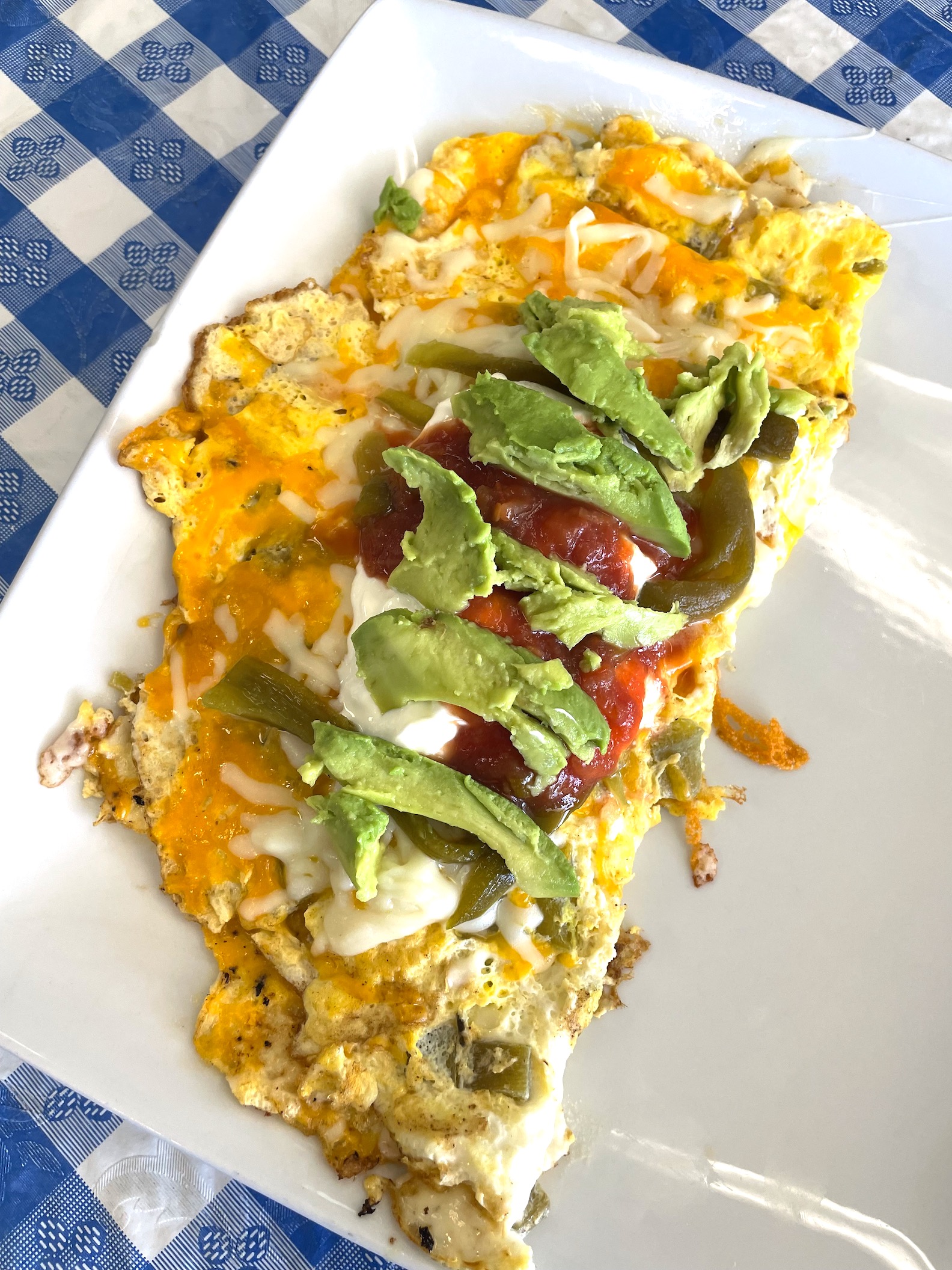 Speaking of Tex-Mex, you'll find a few other Tex-Mex inspired dishes on the menu like their Migas, Chilaquiles, and breakfast tacos. 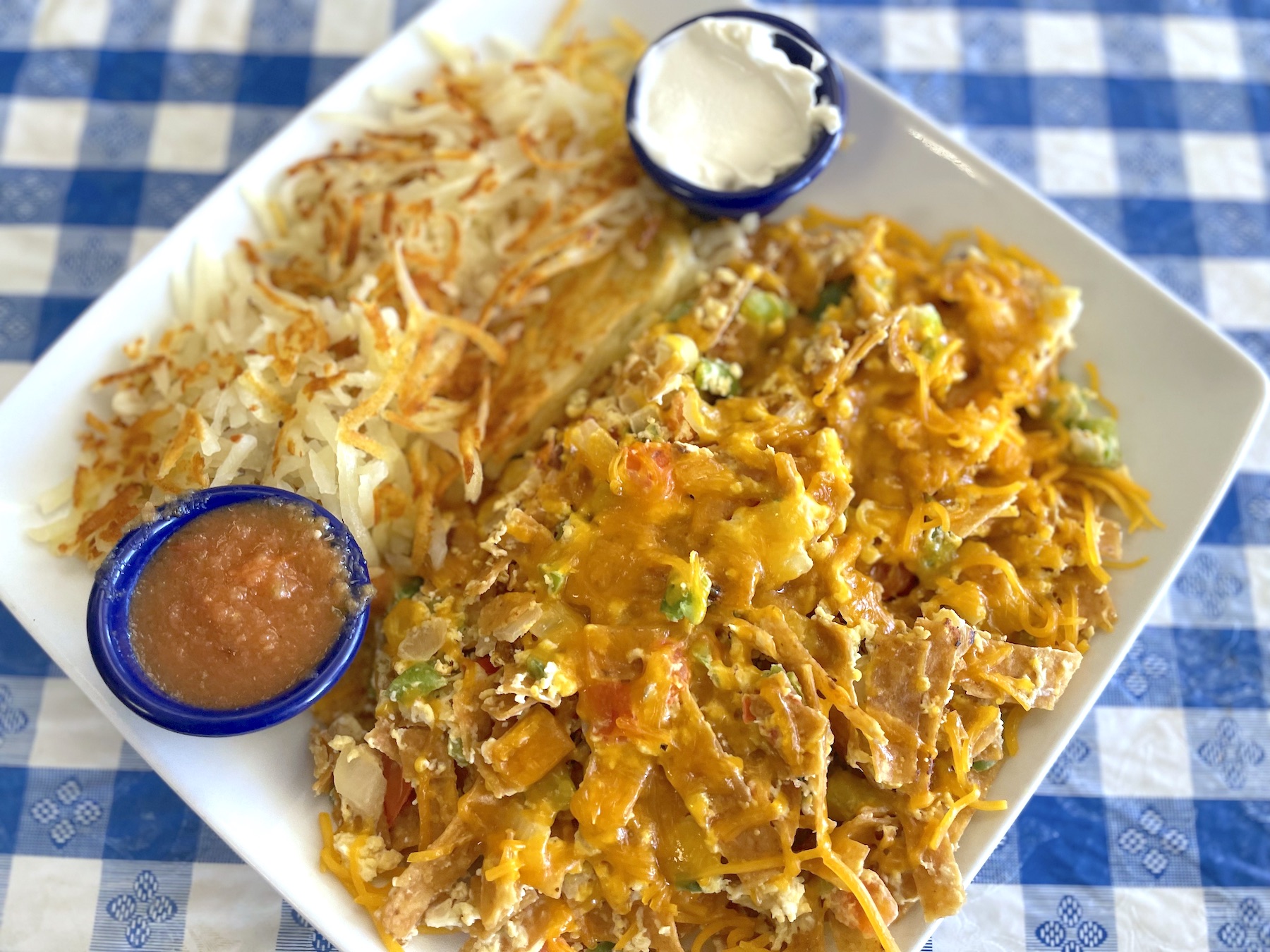 And you know I can't talk about a brunch spot without mentioning their Eggs Benedict. Jackie's Ham 'n Eggs has added several great varieties to their menu over the years including a traditional Benedict, a County Benedict, and a Benedict Florentine. 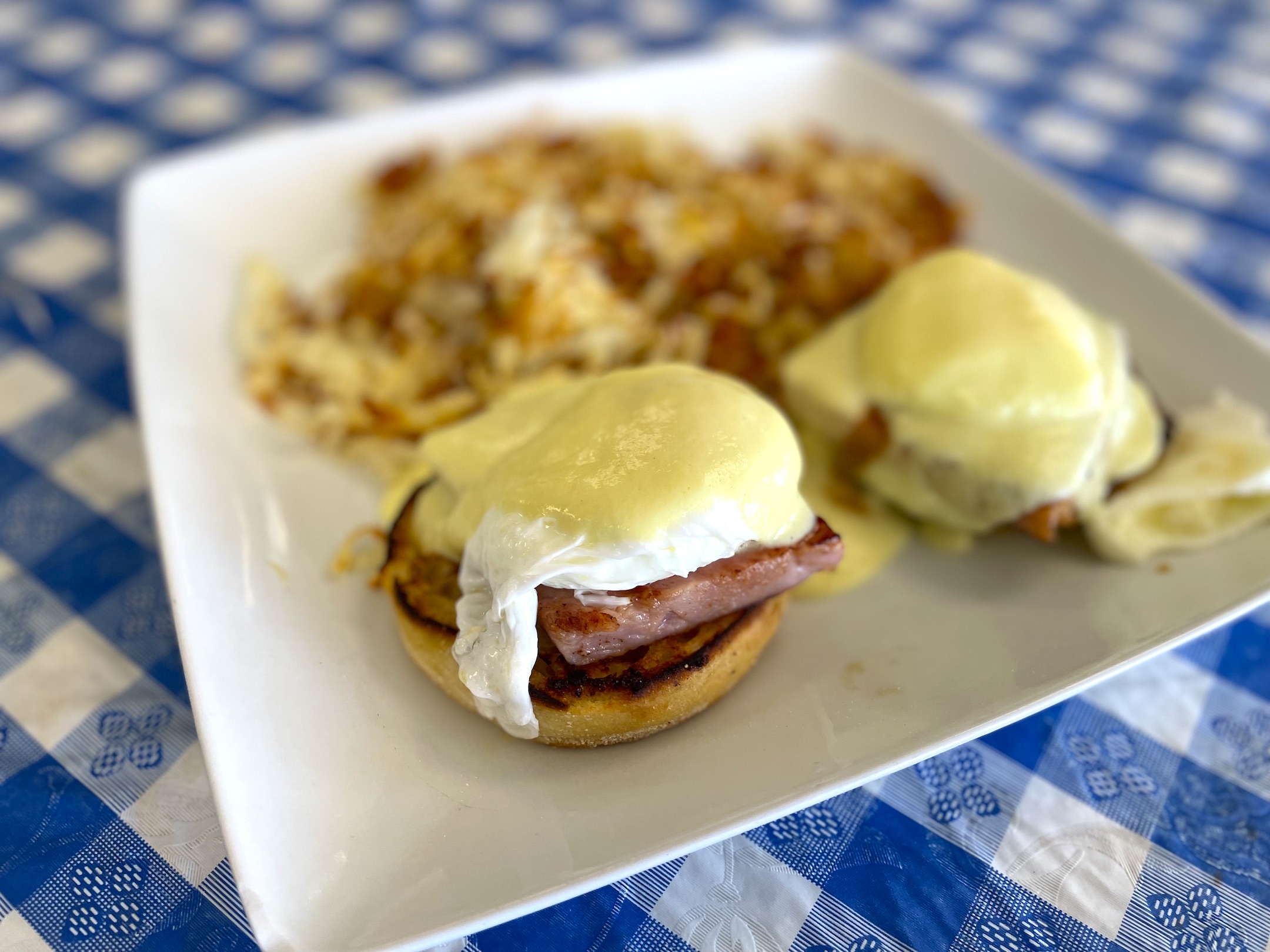 Walking back into Jackie's Ham 'n Eggs this week felt like coming home. It brought back so many wonderful, personal memories and we had a blast walking down memory lane with new owner, Tom Gauna, who grew up in the restaurant working alongside his mother, Margaret. 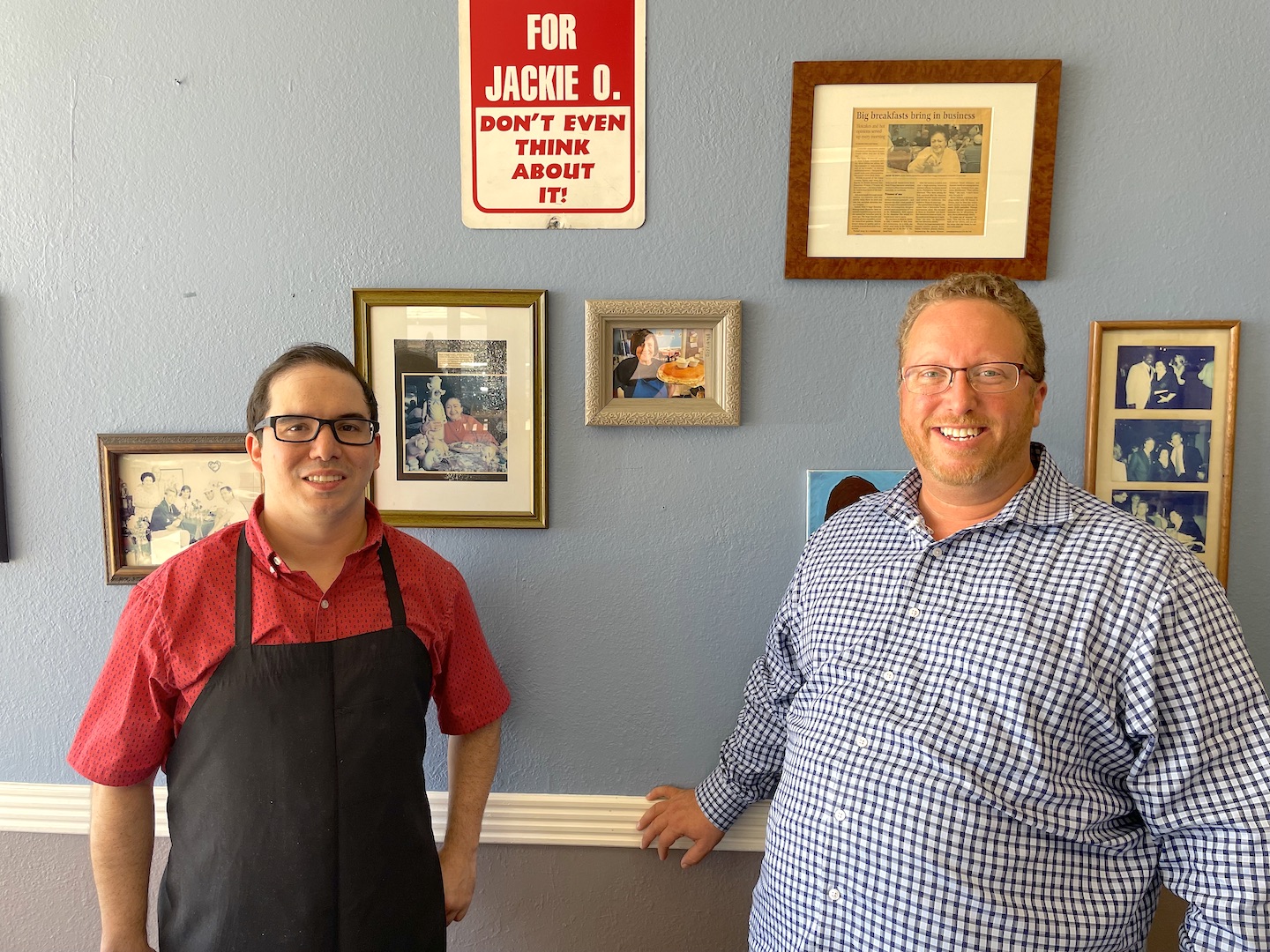 If it's been a while since you've had one of their Texas-sized breakfast dishes, we know a great place you can head for brunch this weekend!