What happens when you combine a guy from Michigan, Texas BBQ, and Louisiana flavors and spices? You get one of Lewisville's newest restaurants - Kretzschy's Cajun BBQ!

Owner Steve Kretzschmer began the business many years ago back in Michigan when his son was looking for a way to make some money. They started up a hamburger stand and worked community events and festivals together as a family. After growing in popularity, Steve opened his first full-blown restaurant there in Michigan. So, how'd he end up in Lewisville, Texas?

One word - grandkids! His sons moved to Texas for college and ended up staying here and growing their families here. So, Steve decided to relocate to Texas as well to be close to the grandkids and opened up the second Kretzschy's location in August 2020 off FM 407 in Lewisville.

Steve's love for Cajun cuisine and flavors grew after he spent lots of time in New Orleans for work years ago. And that love is apparent in every bit of food he prepared and served us while we were there.

He even saved a brand-new menu item for us to try - the Bayou Fries which are their seasoned fries, topped with coleslaw, fried catfish, shrimp, and some of their signature sauces. The really cool thing about this dish? It's actually the creation of one of his employees! 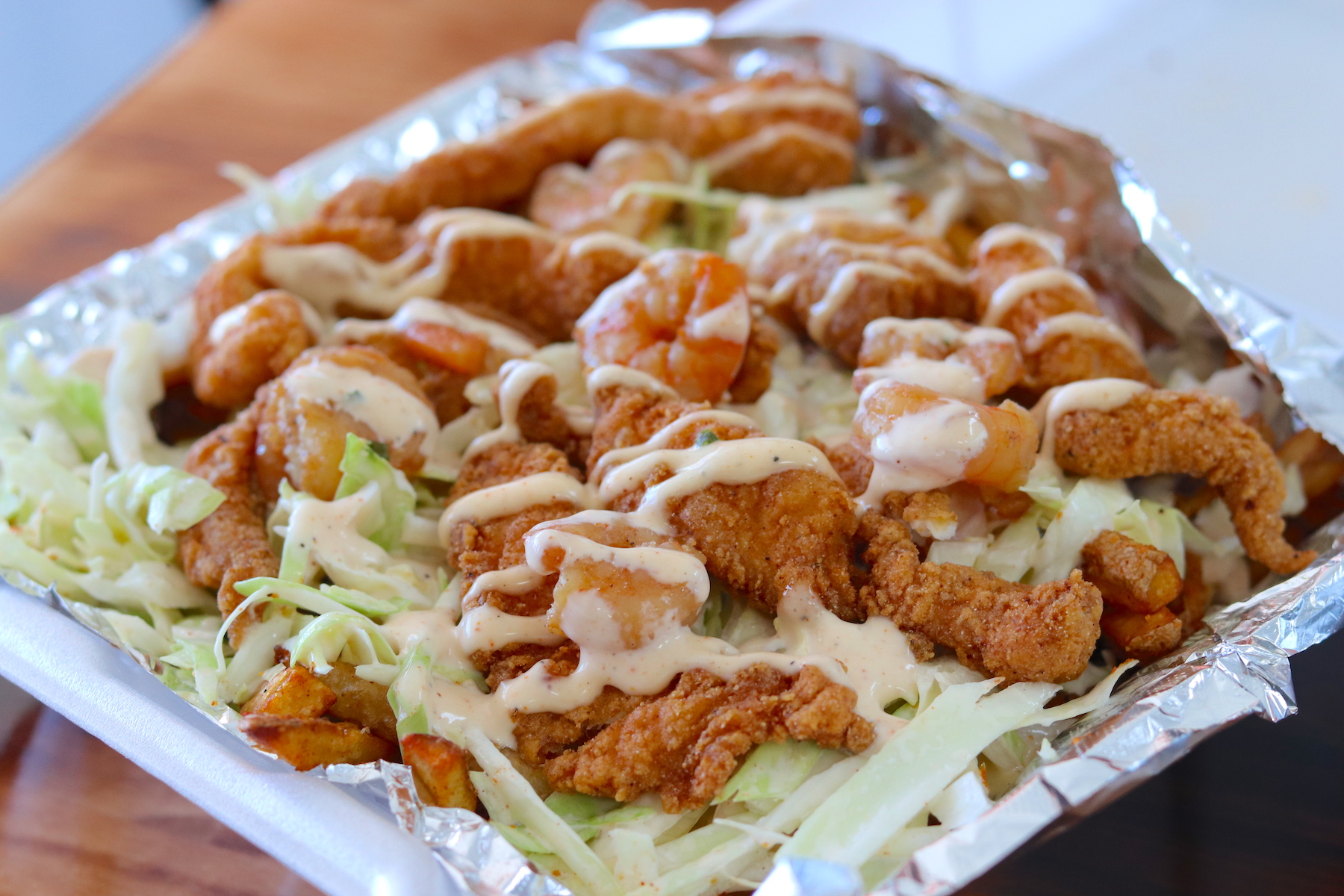 Kretzschy's best-seller is hands-down their Kretzschy's Fries which you can get loaded up with either their pulled pork or their brisket. After trying these, we know exactly why they're a best-seller and crowd favorite! The tenderness of the meat is incredible and the flavor of the sauces just elevate the whole thing. 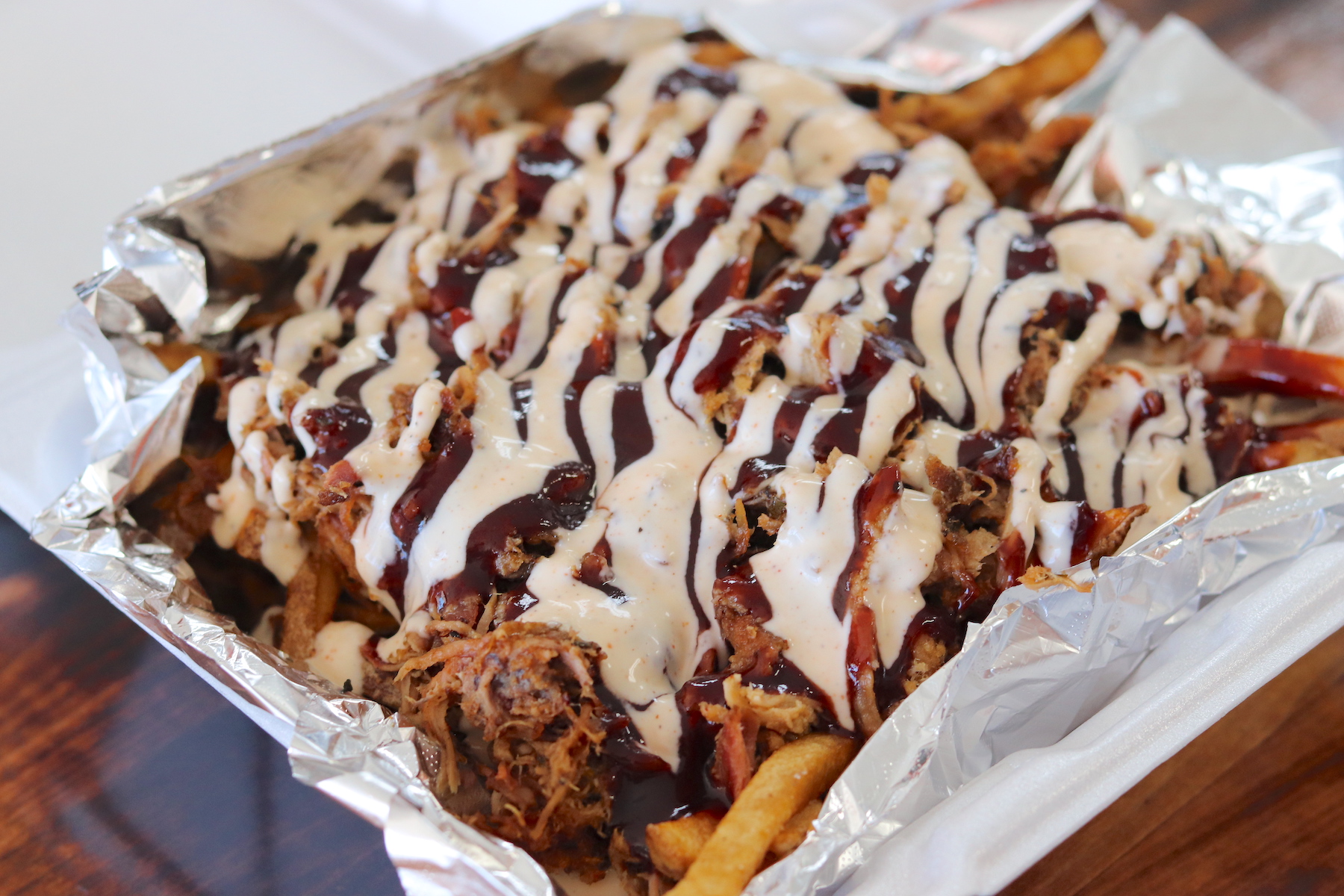 Then we've got to talk about the fattest quesadilla I've ever seen in my life. It was stuffed with about two inches of pulled pork, cheddar cheese, and then was served with sides of their blueberry sauce and made-in-house pico. 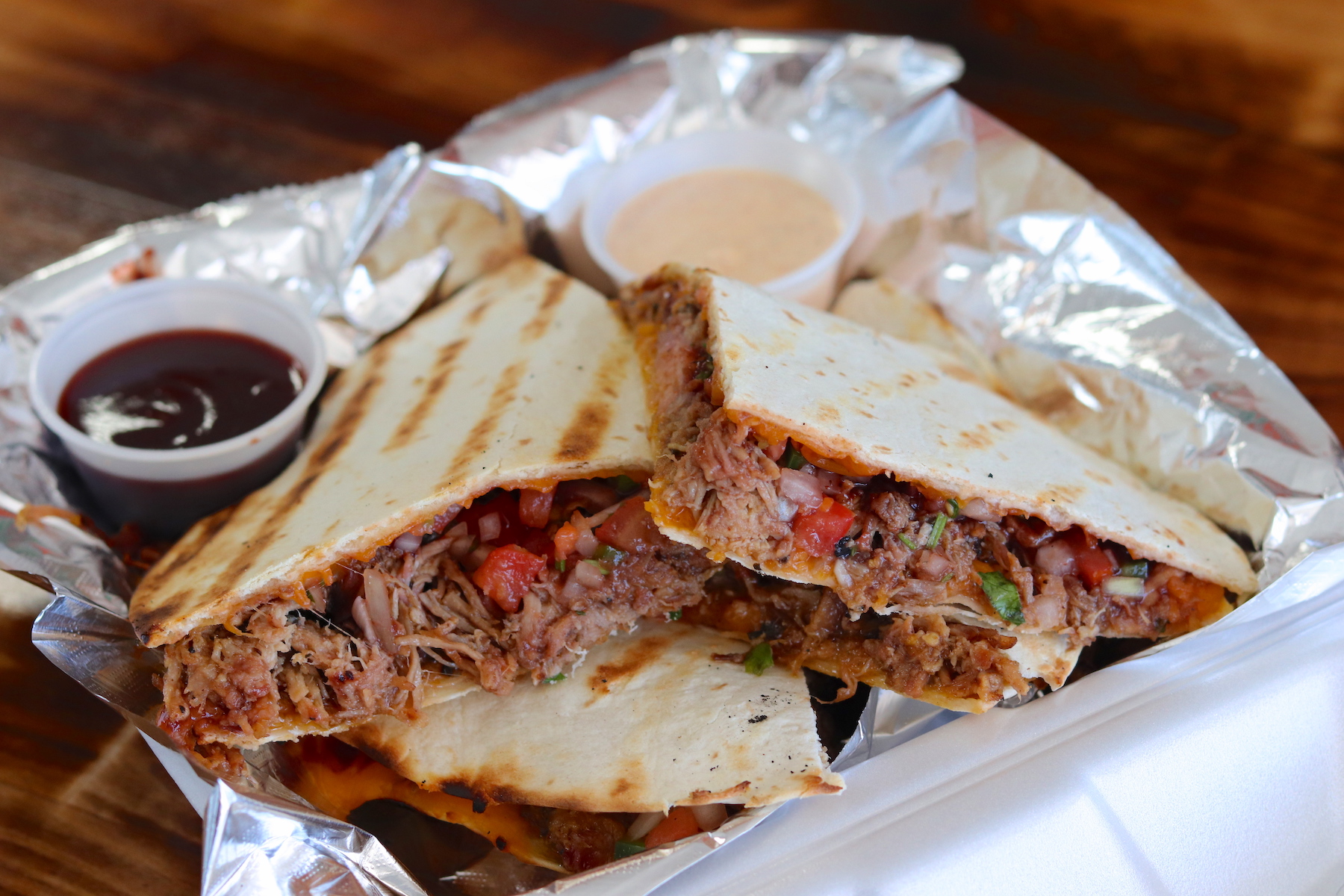 And we haven't even mentioned their po' boys and signature burgers yet! But we did mention that it all started with their burgers and they've definitely put their own signature Kretzschy's touch on them! They are seasoned with their special seasoning and drizzled with some of their blueberry barbecue sauce, then are smoked for an hour which results in one of the most delicious burgers I've ever tasted! We were practically fighting over bites of it. 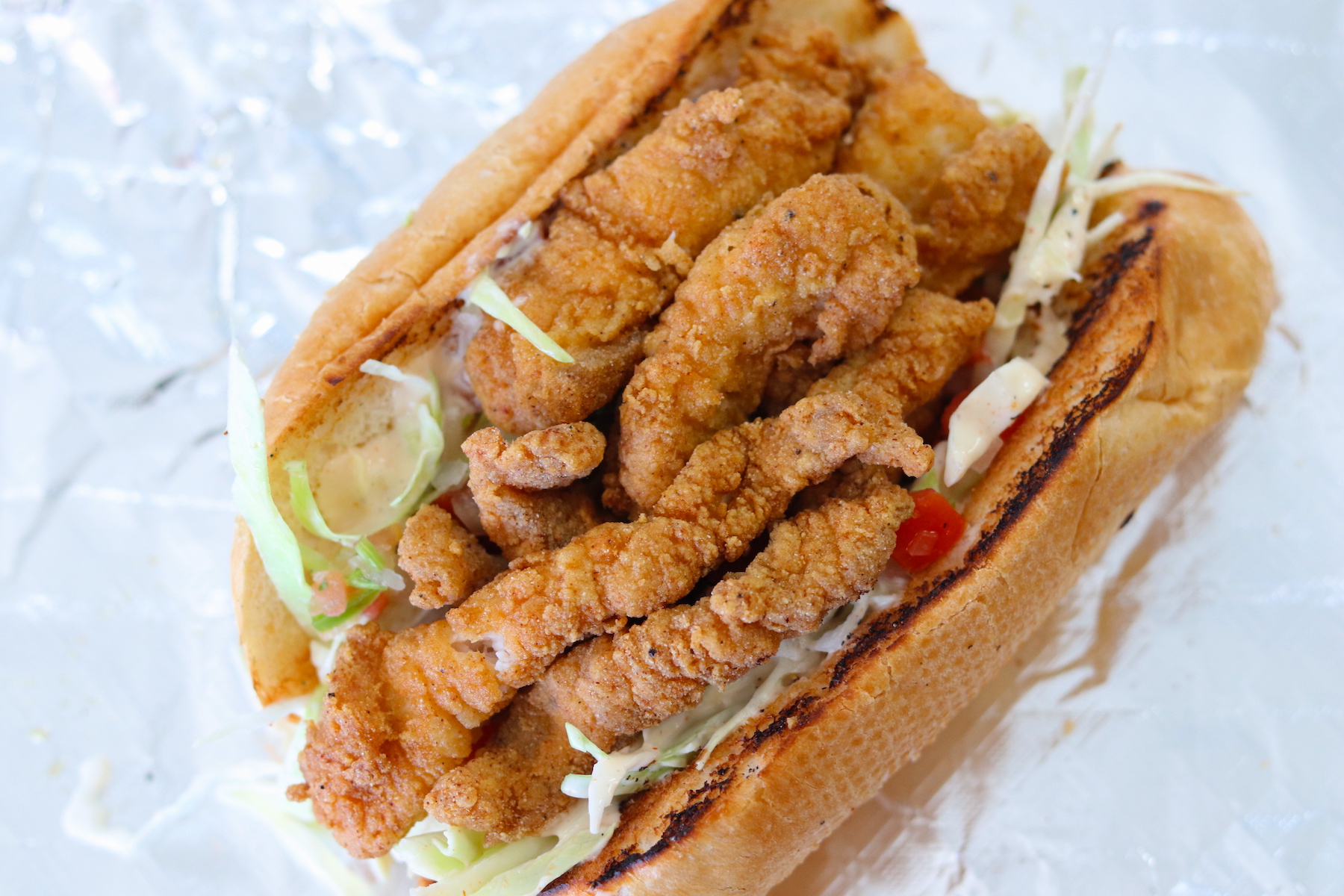 Kretzschy's is a great addition to our local restaurant community, so do us a favor and head over there to welcome Steve to Texas and try out some of his amazing Texas BBQ-Cajun fusion food. And get yourself some of those signature Kretzschy's fries!