For over 40 years the building at 301 S Mill Street in Lewisville was occupied by a local favorite - the Old Town Meat Market. After the meat market decided to relocate to Double Oak in 2019, Terry Sullivan saw a fantastic opportunity to turn that beloved space into something a little different while still giving a nod to its origins as a meat market. So, he opened his 14th restaurant - Sullivan BBQ - where he's been serving up his traditional take on barbecue ever since.

Terry opened his doors just a couple of months before COVID restrictions forced many restaurants to either shut down or find new ways to operate. And this is where Terry's restaurant experience helped him thrive. He found creative ways to continue serving his customers and the community, including delivering meals to elderly in the community who couldn't leave their homes.

While talking to Terry's employees during our visit, we learned that's just the kind of guy he is. He treats all of his customers like he's known them for years, even if it's their first visit. He makes sure you never leave his restaurant hungry. And to keep the kids entertained, he's got a secret stash of ice cream and sprinkles that he'll bring out and even encourage the kids to throw around and play with.

That warm and welcoming environment, combined with the delicious barbecue, is what keeps customers coming back again and again, multiple times a week. Well, that and the awesome live music you'll find on the weekends at Sullivan BBQ.

But let's talk about some of that delicious barbecue now, shall we?

I'll be honest... I'm not usually a brisket kind of guy. I know, seems like a dangerous admission living here in Texas, but it's true. But I would eat Terry's brisket any day of the week. It's incredibly tender and is packed with great flavor. Terry says he starts with only the best prime beef, which means you end up eating some delicious brisket. 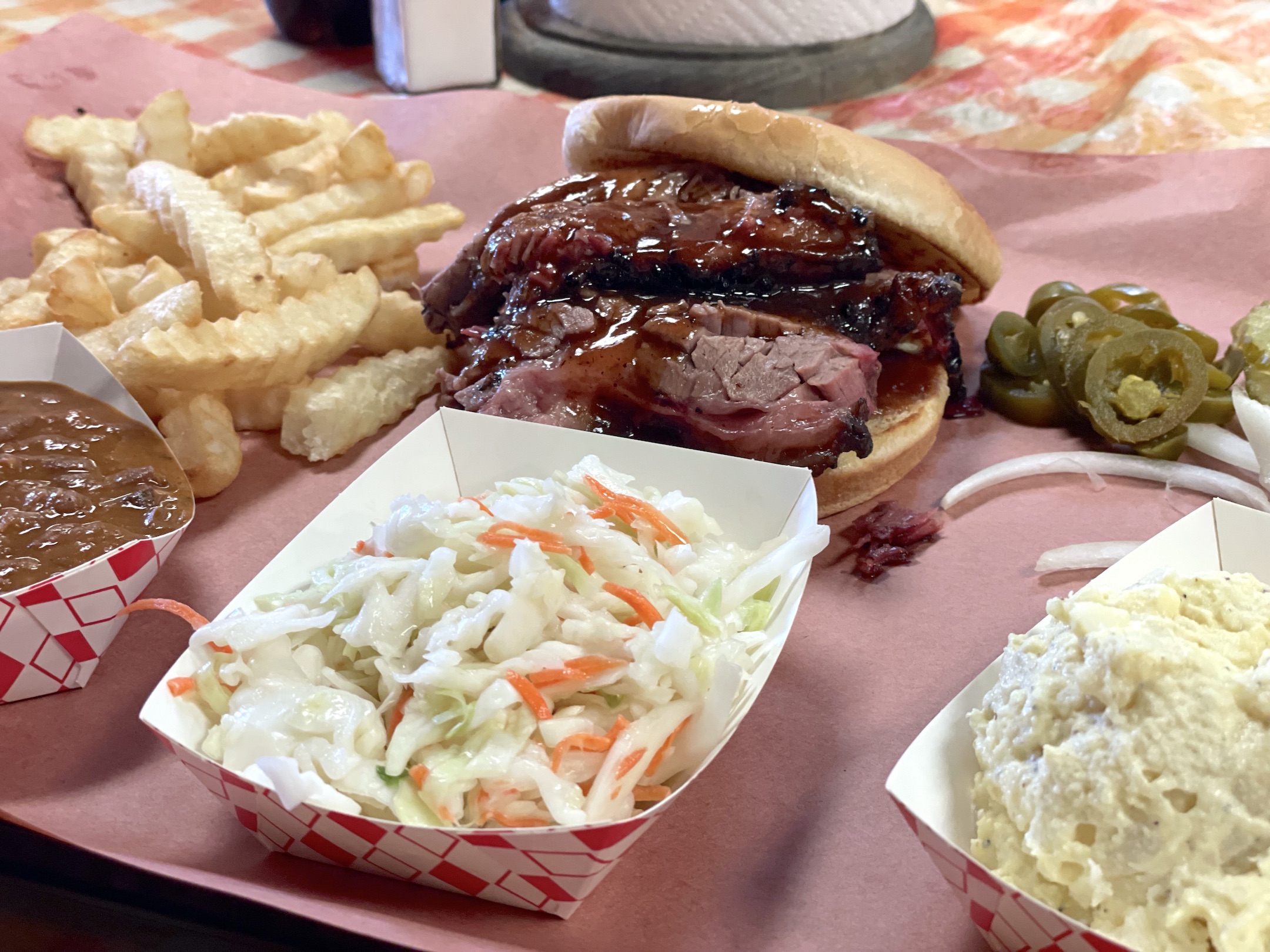 Some of Terry's other signature meats include his ribs, turkey, and sausages - all prepared traditionally in pits using only post oak wood so they come out packed with as much clean smoke flavor as possible. And you can get them on top of nachos, sandwiches, potatoes, or on a plate with some of their incredible sides. 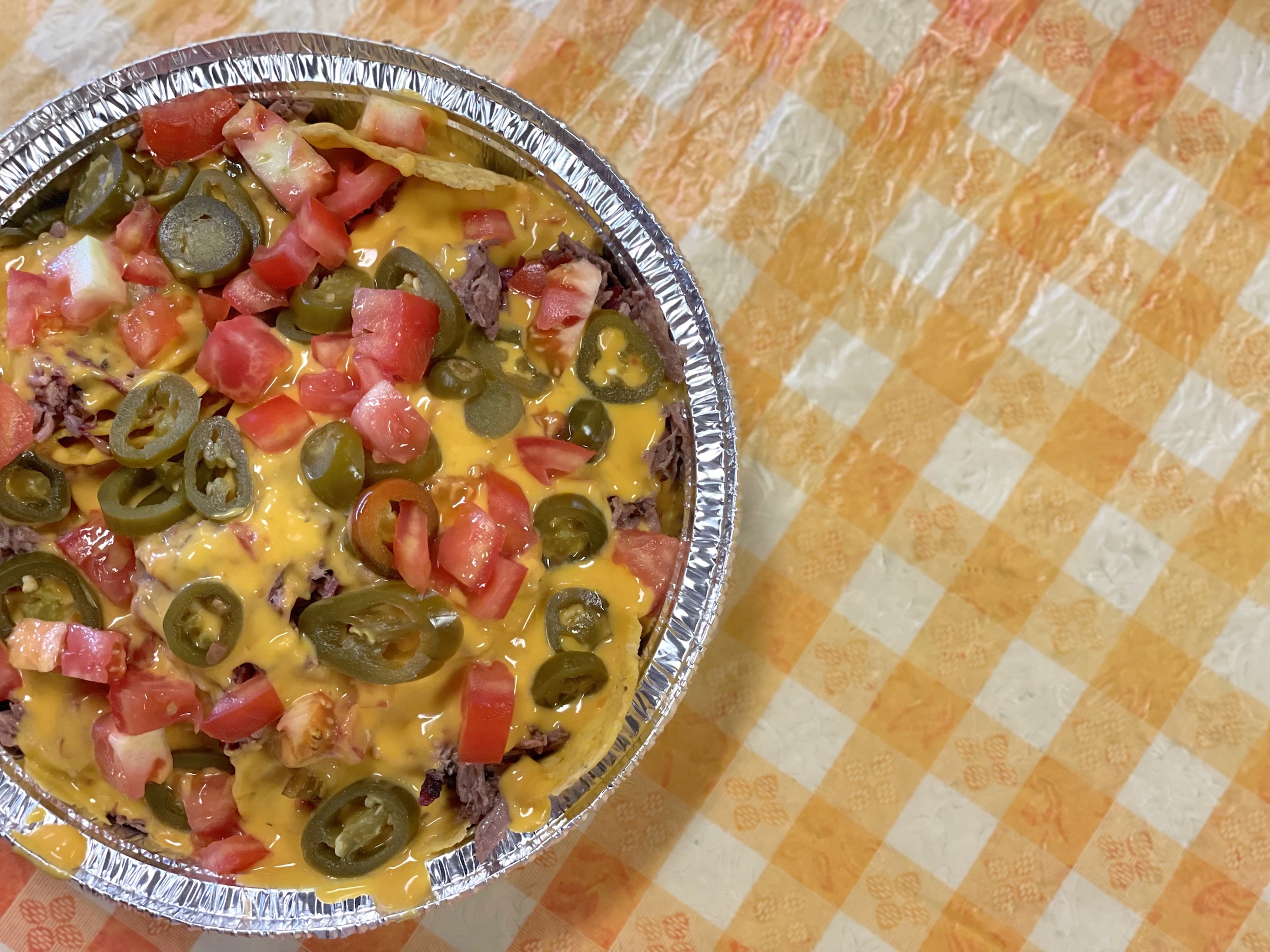 Everything at Sullivan BBQ is homemade, including their sides and their desserts. And when it comes to their desserts, the pecan pie is truly something special. Terry's 85-year-old mother makes each and every one of the pies by hand using the same recipe her grandmother taught her. And IT. IS. DELICIOUS. Perfectly gooey and sweet with just the right amount of pecan flavor. 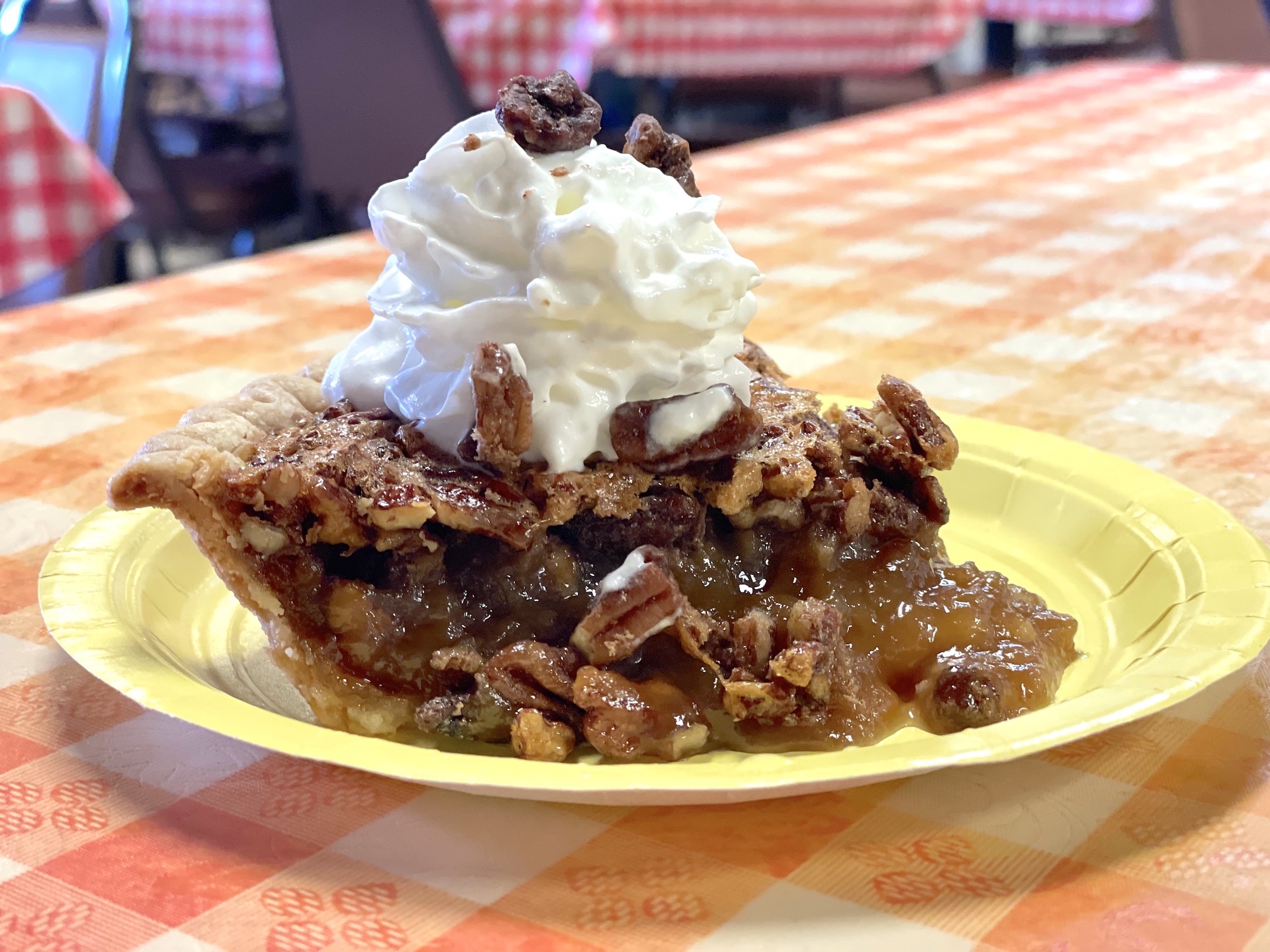 And on the weekends, not only can you enjoy the live music, but Sullivan BBQ also serves all-you-can-eat catfish and ribs as well as homemade rolls and cinnamon rolls. YUM.

We had a great time visiting Sullivan BBQ, both during the week for lunch and again when we went back to enjoy some of the live weekend entertainment. It was instantly obvious to us why so many have made this place their regular hangout. If you haven't been to visit with Terry and try some of his food, we suggest you visit this weekend to enjoy that warm and welcoming environment we mentioned earlier.

As always, thanks for watching - and we'll see you at our next Foodie Friday restaurant!